Anticipating the Final Marquette Law School Poll of the Campaign

On Wednesday, Marquette University Law School’s Charles Franklin will unveil the results of his final campaign-season poll of the Wisconsin electorate. Today’s podcast looks at why this poll is considered the ‘gold standard,’ and what I expect it to reveal. 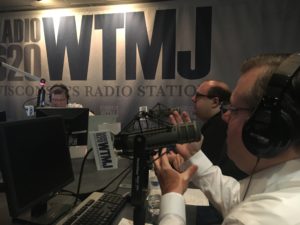 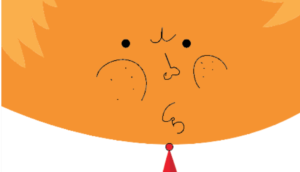 Meanwhile, I spent the weekend in Ohio. Clearly, Trump’s grip on that state is in jeopardy. But he’s 7 points down here. Smart campaign, one driven by facts, not emotions, would focus attention on OH, NC and FL not Wisconsin. But then he wouldn’t get to feel good by having some goons chant ‘Paul Ryan sucks’ in Wisconsin. (Irony alert: If you go to a GOP election rally in Wisconsin and chant that towards the most popular Republican elected official in the state, it is YOU who is the actual RINO). END_OF_DOCUMENT_TOKEN_TO_BE_REPLACED

I am voting for Evan McMullin

Well, it’s a time for choosing.

When I cast my vote for President, I will be voting for a conservative Republican whose agenda I believe in, whose commitment to liberty is beyond doubt and whose grasp of the issues and ability to work with GOP House and Senate members would serve the party and more importantly America, well.

I am going to vote for Evan McMullin.

I am not ‘done’ with the Republican Party. Rather, I remain committed to the Party of Lincoln. And Reagan. And Thompson. And Walker. And Schimel. And Vukmir. And Kooyenga. And Hutton. And, me.

The most important race for Wisconsin conservatives and moderates this fall is the re-election of GOP United States Senator Ron Johnson. But when it comes to the Presidency, the GOP’s official nominee is so woefully deficient, I’ve looked elsewhere.

Fortunately, I do not have to settle for the lesser of two evils. END_OF_DOCUMENT_TOKEN_TO_BE_REPLACED

I do think the one glaring omission was not asking her about the Clinton Foundation and what that says about her ethics and her decision making. However, it’s not fair to blame Holt for all the missed opportunities Trump let fly by as he was instead obsessed with defending just how wealthy he was, and defending Russia against claims of cyber espionage. Trump had several missed opportunities. You could tell he didn’t prepare; and, throughout the night, Trump’s thin-skin got the best of him. END_OF_DOCUMENT_TOKEN_TO_BE_REPLACED

Donald Trump will win the debate. He has absolutely no expectations he must meet. Other than, perhaps, not completely losing it and punching his opponent. All of the weight rests on Hillary Clinton’s shoulders tonight. While I expect her to be adequate in both her temperament and rhetoric, the only way she wins is if she is exceptional and successfully baits Trump into exposing himself as the ignorant con man that we know him to be. It is more likely, however, that any attempt by her to do that will backfire, as she seems incapable of running a competent general election campaign so far. END_OF_DOCUMENT_TOKEN_TO_BE_REPLACED 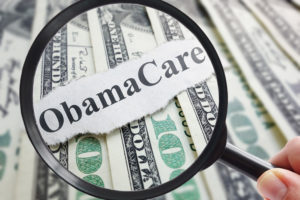 END_OF_DOCUMENT_TOKEN_TO_BE_REPLACED

2018 Governor’s Race: Dem Bench is Weak, But a lot Can Change in a Year 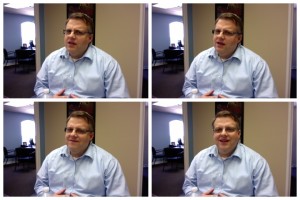 The Capital Times’ Jessie Opoien asked for my take on the 2018 Governor’s vace. Will Walker seek another term? Who are the democrats going to run?

“The Democrats’ bench is weak,” said Republican strategist Brian Fraley, head of the conservative firm Edge Messaging. “But a lot can change in a year. And the Trump impact on the 2018 electorate can’t be predicted at this point. Also, some mid-tier Democrat could get wind behind their sails over the next year.”

Click here to check out the whole article and my other thoughts on the race.