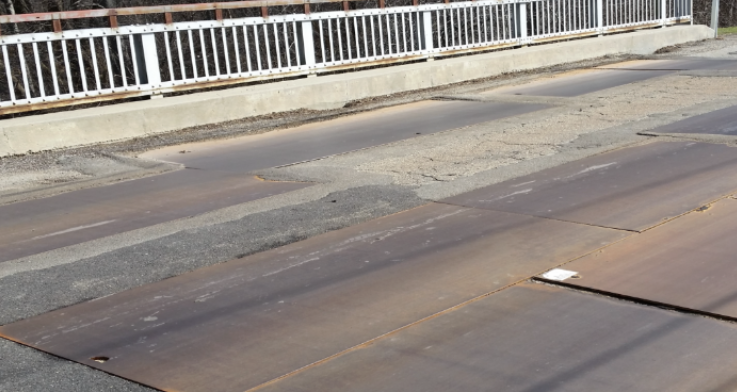 Wisconsin’s transportation infrastructure is in crisis. As I’ve written, I believe it is imperative for conservative lawmakers to take the lead to find the most responsible and efficient ways to address this crisis and create a sustainable revenue source so things never get this bad again. But no matter your political persuasion, the transportation crisis is an issue that impacts every business in Wisconsin.>

We’ve come a long way but we can’t ignore the fact that the job is not yet done.

Wisconsin has paid back the ill-conceived raid on the transportation fund. Voters here amended our state Constitution to ensure such a raid can never happen again. And the Legislative Audit Bureau is conducting a review of practices and procedures at DOT that should lead to more efficiencies. We’ve also made strides at controlling mandates that inflate the cost of labor and more work in this area may be in the mix in the next few months if some lawmakers have their way.

But the crisis remains.  And I’m not alone in thinking so.

Listen to what’s being discussed by leaders in Agriculture:

Wisconsin finds itself at a dangerous and daunting crossroads and our problem is two-fold. Our lawmakers and governor can no longer put off reconstructing our crumbling roads and bridges. Nor can they delay fixing the way we fund the state, county and town transportation system. It is imperative that they start this process in next year’s state budget

Highway projects near Milwaukee and Madison receive most of the media’s attention, but the situation is dire on rural town and county roads and bridges. Like the rest of the state’s residents, Wisconsin’s farm families and rural businesses need new solutions and a safe way to transport their goods to market; however, this is not just about the business of moving product. There are school buses with children on roads ranked as some of the worst in the nation.

There is an old farm adage that painfully fits the predicament Wisconsin finds itself in: you reap what you sow. For too long we’ve delayed making infrastructure improvements, raided the state’s transportation fund and borrowed like there is no tomorrow.

A non-partisan Transportation Policy and Finance Commission found that if no new funding sources are found, Wisconsin’s transportation fund is at least $650 million short every year going forward, and that is predominately to fund state highway projects that have already been approved. Hundreds of millions more are needed for local roads and bridges.

Like driving full speed down a dead-end road, if we do nothing, Wisconsin’s deteriorating roads and budgetary shortfalls only get worse.

The vast majority of Wisconsin tourists drive to their destinations. That’s why it’s crucial to consider the needs of the tourism industry when developing statewide transportation priorities and funding strategies. We want to create a system that moves our visitors safely, efficiently and with the least amount of stress possible. Wisconsin visitors don’t spend money when they’re stuck in traffic or delayed due to poor road conditions.

My fear is that Wisconsin’s transportation funding problems are beginning to hurt the state’s tourism industry. Big projects like the Zoo Interchange in Milwaukee and Interstate 39/90 from Madison to the state line are facing multi-year delays. Future projects like interstate expansion south of Wisconsin Dells and I-94 in western Wisconsin are decades away from reality because of demands on dwindling transportation revenues.

In order to grow our economy, tax revenues and job opportunities, we need to invest in and build up Wisconsin. If Wisconsin truly is “open for business,” then policymakers and the governor must develop a bipartisan, long-term transportation funding solution. Otherwise, tourists will detour to destinations in other states because of poor road conditions.

There is no denying the transportation needs in our state. A recent report by the national research group TRIP showed that 42 percent of Wisconsin’s major local and state roads are in mediocre to poor condition, meaning they are showing significant signs of deterioration and must be reconstructed. Other recent reports rank Wisconsin’s road conditions as some of the worst in the country.

Without new money, borrowing has been used to cover growing expenses. The 2013-15 budget provided $991 million in infrastructure borrowing, compared to $780 million prior.

Wisconsin provides local road aids to counties, towns, and municipalities and aid to local bus systems as well as rail and harbor improvements. However, most transportation appropriations are for highways.

The highway program consists of three main pillars: State Highway Rehabilitation (about $800 million in annual expenditures for smaller projects), Major Highway Development (about $370 million for larger projects outside Milwaukee such as Highway 441 in the Fox Cities and I-90 from Beloit to Madison), and the Southeast Wisconsin Freeway Megaprojects (about $300 million last year).

The Megaprojects consist of 116 miles of freeways in and around Milwaukee that were first built in the 1950s and 60s. Only 23 miles has so far been rehabilitated or reconstructed.

State officials hoped to conclude the “Megas” with $350 million annually over 15 years. Net costs could be reduced by literally billions of dollars compared to stretching these projects over three decades. But paying for the Megas cannot happen without increased funding. When the demands of “Rehab” and “Majors” and other infrastructure spending are taken into consideration, current revenues are clearly inadequate.

All the economic development plans in the world won’t mean a thing if our infrastructure continues to crumble.

Do we just ignore it? Wisconsin’s business leaders are saying no. It is time to Just Fix It.