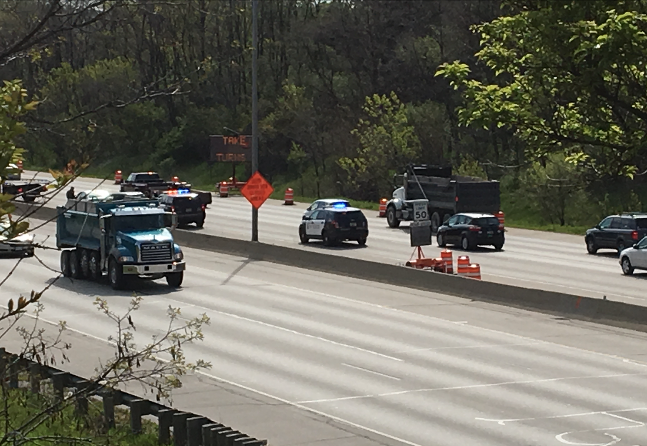 Well, ‘What’s two years?’ you may say. It’s a small price to pay, a minimal delay. But delaying projects causes a cascading delay for all future projects.

Let’s be clear. These numbers are not some hype from the special interests, these numbers are the sober, honest analysis of Governor Walker’s Department of Transportation.

If Interstate projects are pushed back this far and our two lane highways in Wisconsin gradually succumb to being gravel roads, you can take all the ballyhooed economic development plans Wisconsin has for the next 25 years and kiss them goodbye. Wisconsin would be open for business, but getting your customers or your goods to and from here–well???

The fact is, our agricultural, manufacturing and tourism economies rely upon our roads. Their condition is a key component to Wisconsin’s overall economy. 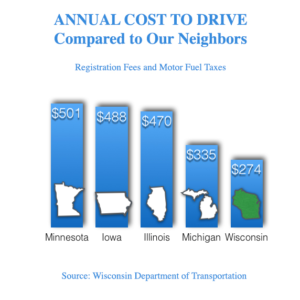 Every lawmaker favors their local project, be it the Zoo Interchange, Highway 23, I-94 or whatever, yet many are loathe to admit roads across the state are in desperate need of attention. But they are. It’s undeniable.

Now, I favor the elimination of waste, fraud and abuse and question some of DOT’s reliance on roundabouts or traffic pattern deviations as much as the next guy. But the fact is, even if every employee of DOT were to be let go tomorrow and if DOT never built another pretty bridge or roundabout, we still face an annual funding shortfall of hundreds of millions of dollars just to address needed maintenance and construction.

Liberals like to portray conservatives as anti-government. We’re not. We’re anti-waste and we favor limited government. As a state, the development and maintenance of our roads so that we have a reliable, safe and efficient transportation network is about as focused on core responsibilities as as you can get.

Since 2011, Republicans in Madison have righted many of the wrongs of the previous Administration, including in the area of transportation. The immoral raid of the Transportation Fund has been paid back and Wisconsin voters passed a referendum to constitutionally protect the fund from future such abuses. Now, it’s time to address the looming infrastructure crisis head on.

Across the state, local government, economic development and business leaders have been holding forums over the last few weeks to bring attention to the crisis, and to begin their focused appeal for leaders in Madison to “Just Fix It!” Well, count me in. I’m happy to work with the Transportation Development Association and others who are bringing this issue to light. I’ll support public officials like Waukesha County Executive Paul Farrow who knows strategic investment in infrastructure is the prudent (and conservative) thing to do.

Conservatives have an opportunity to fix it the right way.

Such a breakdown in the core function of government will lead to conservatives losing power in Madison. Voters will throw them out if they can’t get the basic core responsibilities of government right. When they are no longer in charge, the solutions proposed by their replacements won’t be as reasonable, efficient or prudent.

Because of time, traffic, technology and some bipartisan budget blunders over the last decade or so, our surface transportation system is in crisis.

Here’s to addressing the crisis now, the responsible way. 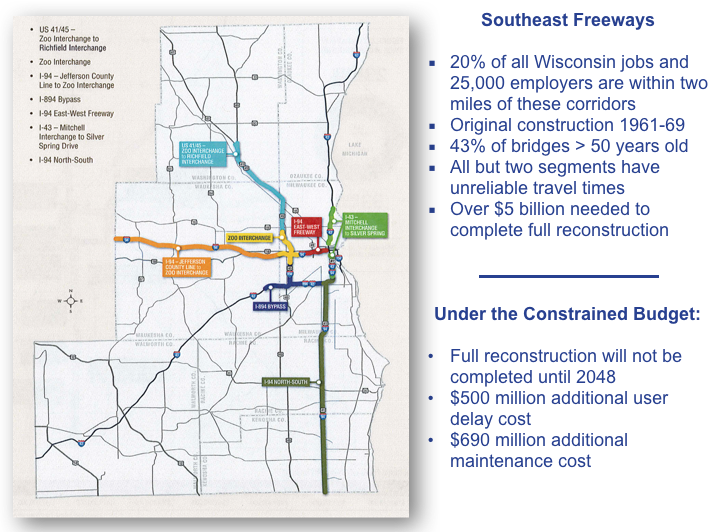