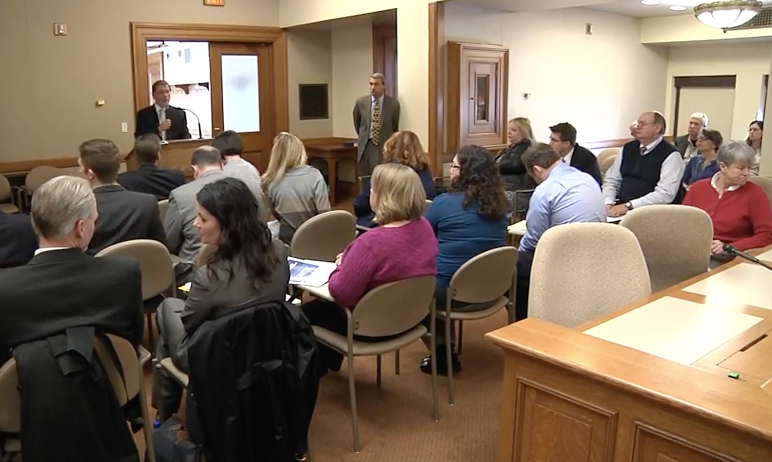 The Right on Crime Movement Comes to Wisconsin

Don’t look now, but there is a bit of bipartisanship brewing in Madison.

From my friends at The MacIver Institute, comes this news:

Legislative leaders from both sides of the aisle in Wisconsin came together on Tuesday for an important discussion on criminal justice reforms. Under the leadership of Rep. Rob Hutton (R-Brookfield), Sen. Lena Taylor (D-Milwaukee) and Sen. Jerry Petrowski (R-Marathon), Wisconsin is moving toward a criminal justice system that not only is more effective but more efficient for taxpayers.

To push the conversation forward, The John K. MacIver Institute for Public Policy invited Grover Norquist, President of Americans for Tax Reform and a leader of the Right on Crime movement, to speak with legislators about the significance of these policy ideas.

Norquist highlighted multiple Right on Crime reforms, including the need to give judges the ability to try nonviolent 17-year-old offenders in juvenile court, instead of forcing them into adult court. Research published by the MacIver Institute shows this has proven to lower recidivism rates among young adults in other states.

You read that right. Democrats and Republicans are working together.

MacIver’s president, Brett Healy, helped make this happen. “This is an important conversation that we need to have in Wisconsin,” Healy said. “Instead of forcing nonviolent 17-year-old offenders automatically into adult court, research shows they are less likely to commit a crime again if they go through the juvenile system. Giving judges the ability to make that decision on a case-by-case basis would likely lead to lower recidivism rates, and overall savings to taxpayers.”

This is an issue that deserves more press coverage than it is getting.

See more in this MacIver video.