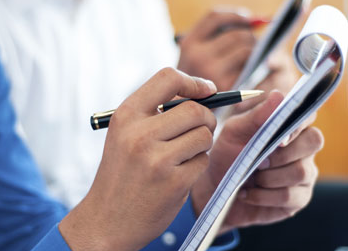 Governor Walker has a tendency to quickly dismiss challenges and get back to his main message points. However, I think the electorate is looking for more than just message discipline, they will respond to passion. They will appreciate Walker if he firmly defends his record and then gets back to his agenda.

Can Governor Walker mix it up without looking defensive or petty? Or will he merely play it safe and live to fight another day. That’s what I’ll be watching for.

Governor Walker may not be looking to set himself apart on that stage and, truth be told, he doesn’t need to yet. He’s in the top 3 in all the early states’ polls and is building an organization for the long haul. No matter what happens Thursday, Trump, Walker, Bush and Paul have the network and resources to be in the mix for the next several months. The Walker team is bright, and Governor Walker is experienced. They know this is merely one event in a long series of forums leading up to February. The stakes are higher for Christie, Kasich and others on the top 10 bubble.  I also believe the first debate with the non top 10 candidates will be quite interesting. They’re battling for attention and momentum. I expect Carly Fiorina to do especially well.

Walker has a track record, a growing national network, a fairly healthy war chest and a bold agenda that centers around decentralizing power from Washington D.C. to the States. The candidates who don’t have all of these components need to make news this week. Governor Walker does not.

It’s impossible to prepare for a scrum like this, as traditional mock debate sessions focus on a few competitors, not ten. Think about it. The NBA finals in Cleveland had just as many players on the court. On Thursday, Trump could very well hog the ball. Even if he doesn’t the post-debate media coverage will focus on him. This ten-person forum is unlikely provide voters a lot of new information. Nevertheless, the best debaters know debates are not speeches, they are conversations. The candidate with the best zingers may get the most initial press coverage, but the ones who listen and use their answers to engage voters will get the most out of this first debate.