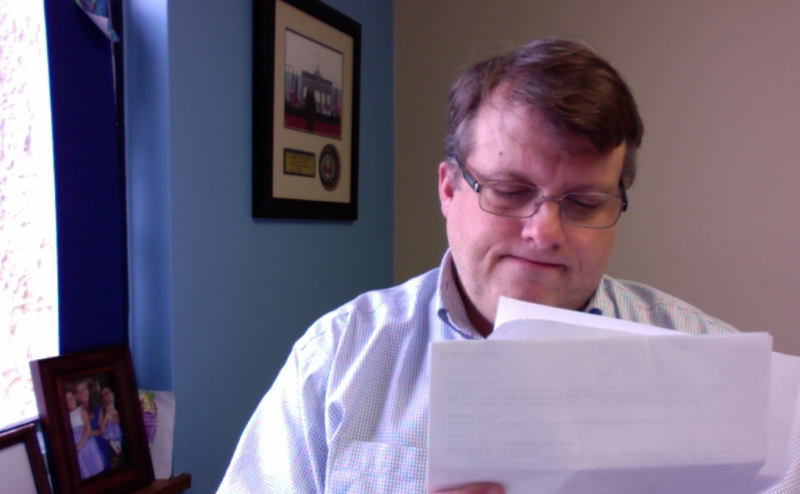 As I wrote earlier, I was caught up in the wide net cast over Wisconsin conservatives. I’m not a campaign staffer or political aide but I have been among the GAB’s most vocal and effective critics.

What I haven’t disclosed, until now, is the extent of materials requested (and I can assume received) by the partisan zealots who engaged in this far-reaching, Constitution trampling, domestic spying operation.

You know they asked for emails, passwords, credit and banking information tied to email accounts and all documents stored in the cloud.

From the letter I received this week from Schmitz, which detailed the Search Warrant for electronic records tied to my email address, is this line:

As background, you should know that every time you access a website, you leave an electronic trail behind you. Without taking some effort to mask your browsing, you leave behind a lot of identifying information about you. For example, that’s why ads for that thing you just searched for on Amazon appear in your Facebook sidebar the next time you check your Facebook wall.  It’s also how you can see ads that target the city you’re in (think “New Law in Wausau Could Lower Your Insurance Rates!”)

Anyway, in layman’s terms IP address are geocoded. With a certain degree of accuracy, you can pinpoint from where a person accessed a website by looking at the IP address recorded at the time of the visit.

So with the IP addresses of every time I accessed my email over four years the GAB and their investigators could (and likely did) plot my every movement for four years.  Basically, Fran Schmitz, Kevin Kennedy, John Chisholm and all associated with this domestic spying operation had a GPS tracker on me for four years.

They tracked our movements.

Imagine a drone following you every day for four years, without your knowledge.

Creepy. Yes. Illegal, possibly. But more on that in a later post.

Now, if you’re not bothered by the Constitutional problems with this level of domestic spying..if you simply think this is political garbage that is to be expected…Even if you think that “if I did nothing wrong I have nothing to worry about”…consider this:

They have all this data.

It takes a lot of manpower to analyze this.

159 notices similar to mine were issued last week.

So take my situation, multiply it by as much as 159.

Who analyzed this data. How much was there? How long did it take?

And here’s the kicker that should trouble every Wisconsin taxpayer, be they conservative, liberal or apolitical….

How much did it cost to gather, store, analyze and sort all of this?

My conservative guess is millions of dollars.

Millions of tax dollars. Tens of thousands of man hours. Probably. We may never know.

Based on a flawed and (as determined by multiple courts and the ultimate John Doe Judge Peterson) UnConstitutional legal theory.

And I’m one of many. Remember, 159 notices were issued by the disgraced former special prosecutor Fran Schmitz.

So, I don’t seek your pity. But I would expect your outrage. If not over the Constitutional abuses, outrage over the incredible waste of taxpayer resources. Liberal tax dollars were wasted here, too, folks.

Single mom in Milwaukee who only votes for Democrats? Your tax dollars were wasted on this. Spent to track the communications and movements of more than 100 people who were not dealing drugs or plotting a terrorist attack, but merely had a political ideology some in the government disliked.

Union machinist in Green Bay who votes more often for Democrats than Republicans? Your tax dollars were wasted on this.

College student in Eau Claire who has never voted? Your tax dollars were wasted on this.

Bernie Sanders aficionado who hates Scott Walker with the blaze of 1,000 suns? Your tax dollars were wasted on this.

Hyper partisan Democratic operative in Madison who has spent your life trying to defeat candidates I have supported over the years? Your tax dollars were wasted on this.